At The Drive Thru

At The Drive (formerly known as The Egonomist); your premier source for rants, raves and arguments on topics from Politics to News to Social Trends, with a focus on New Zealand but with an eye to the world. Each week Dan and Dave will bring you new episodes. Sometimes deep and philosophical, sometimes filth and vitriol, we aim to be a voice of informed malcontent.
Facebook Twitter Email RSS Feed Subscribe in Apple Podcasts
2022
April
March
February
January

Seeing a word cloud about yourself must rank as one of the more unusual tortures, even when it's a nice one. This is the latest in our irregular saga on when and how Simon Bridges is going to get a clue. I'm honestly never going to get sick of this and hope he sticks around forever.

George HW Bush died, which was a surprise.

Marianne Faithful - They Come at Night

Hi. The Jami-Less saga got incredibly dark incredibly quickly, and the only winners in the equation were those too slow to get their reckons off in the midst of it all. What began as a popcorn event turned into a picture of abuse and decline right before our eyes, ears and microphones.

In other news the Saudi regime butchered a journalist. Just cut him up. This and the run up to the US midterms paint a very bleak picture of the world (and this was recorded before details were known about the Pittsburgh shooting, or much about the pipe bomb mailer, and before Brazil's election - the list goes on...)

Millionaire - I'm On A High

Hello good citizens. New Zealand First had a conference where they unveiled their "One Of The Good Ones" immigration policy. Simon Bridges had yet another week, begorrah. And plastics!

Also Dan takes on city hall with a home brewed vendetta against the mayor.

Watch out for Dan's appearance on Balls After Dark

Joe Cardamone - Out of Road

Season 2 Episode 48: Blow Your Own Trumpet 0

Hi, sorry about that. Dan's "read" another book, this time it's presidential. Find out what bits made him fall deeply in love with the Donald.

Meanwhile, to Simon Bridges, Trumpism is both a slur and an ethos where you can denounce your not-like-him opponents for being like him then also be like him yourself in the same breath. Things are going great for Simon.

Britain sucks. And we explore for probably the third time the cultural party desert that is ages 11-14.

Hi. Dan's read a bit of a book so we talk about that book. Also; rebranding ACT, Winston's tenure as PM, National's conference, the wrong shoe size, USA democrats, the whole shebang.

Massive Attack - Voodoo In My Blood

Hello. Since we last talked about the odd issues kicked up by the mooted alt-right talk in Auckland, a gaggle of the more reprehensible bullshit slingers in our nation have managed to come up with an even worse opinion and several tens of thousands of dollars to back it up. Amongst these idiots, noted nominal leftist opinionhaver Chris Trotter's position is the most pitiable. This speech is so free you can't give it away.

And in the second half, we lower our voices because the baby's gone to bed and talk about Brexit. This isn't a metaphor, but it could be. Makes you think.

Wellington has been visited by a giant sea creature and everything is pretty much OK. Auckland council so no way to some alt right numpts. Peters is PM and nobody much is bothered. And scientific pseudobeef causes a national meltdown, good grief.

Ted Leo and the Pharmacists - Stove By A Whale

The Ting Tings - Shut Up And Let Me Go

The PM's baby is here and that's rad. It has unfortunately caused a lot of politics which has caused noted bad at politics people like Simon Bridges to talk about it. We welcome an old friend back to see how bad the takes can get.

Plus; the latest horror and hope from the states, civility, and a shocking allegation certain to scandalise the dog community.

Everybody knew meth testing houses for use was a con - the only thing that changed was the government. Now everybody involved has to grovel their way back to humanity by explaining how they turfed people out of mouldy houses over molecules of P.

Abortion is in the news and there's a fight coming, probably.

Also; international power, the press, the president, the horrors of USA's immigration system and where it sits on the overall scale of american horrors.

Got a Girl - There's a Revolution

Budget time! Labour's first in a bit and it manage to confound and meet expectations, silence and incense critics, make and not make sense. Because we sure didn't read the thing it serves best as gauging a combat profile of the opposition who have to talk about why it's bad. This didn't go well.

Everything's gone to hell and you can't even pretend to make a t-shirt in NZ these days. What's the worst type of rich person? Grimes and Elon raises eyebrows. Shoes. Korea's peace, Iranian war. DJ Khalid.

Incel terrorism and the associated reckons. Those Clarke rumours and the little cesspit that spawned them. And Bridges just can't catch a break.

Tonnes is up. In all the talk of the first 6 months of the new government, there's still plenty of post-mortem to do on the previous one. Was the health crisis a beat-up? Is Collins waging a war on snowflakes? Who's in charge of this crowd?

Also; Kayne West is Kanyesque. The final Anzac day of the WW1 centenary has been. Which war was your favourite?

Cogent war opinions are above everybody's station and ability - maybe that's the point. Many's the time I've talked my face off about this injustice or that and later remembered I'd forgotten to also add that the whole sorry state of slaughter and waste makes sense when you remember this conflicts are the first look some other countries get of weapons they're considering buying. This is one of those times. Syria was already a multi-sided battle torn hellscape, and now they've got to deal with the French.

In other wars; New Zealand will hold an inquiry into the allegations our troops killed innocent civilians in Afghanistan. An inquiry is when somebody looks at all available evidence and comes to the same conclusions as reporters who studiously refuse to do likewise have, apparently.

Dead Combo - I Know, I Alone

Sorry for the delay. In this episode; never bet against the popular sentiment that airlines can eat dirt and cry about it. Political intrigue abounds with clandestine coffees and inarticulated Ruskie scares in the air.

The internet has already taken a few bites of this, but Dan has read Jordan B Peterson's 'Twelve Rules For Life'. This book has been widely criticised for its gender politics and its failure to unseat the IceTV Guide to Life's 20-year stranglehold on the slacker self help crown. It has also been criticised for being bad. Dan gives his report herein.

And Jonathan Coleman manages to both bow and slink out of public life simultaneously.

REM - Life and How To Live It

Things move fast when you're slow. English is out and *checks notes* Bore Smidgins is in. National now face either the complete unknown or a spiral of well-worn tedium - no in-betweens.

Donald Glover, Barak Obama and Hilary Clinton are all coming to New Zealand, which is nice.

And Seven Sharp make the oddest video about political memes, but we're the last people to get to this, literally.

Ha ha, it totally happened; Bill English quit two weeks after saying he wouldn't. Now a gallery of ghouls compete for his place for the honour of leading a divided party to defeat and another round of soul-searching in 2020.

Plus related-to-various degrees; allegations of dimwittery regarding an MP's use of snapchat put the world's worst detectives on the hunt for an antagonist. Trump and Russia and monsters under the DNC's bed. Meanwhile Labour actually appear to be making social progress.

Link to War Nerd interview preview with Yasha Levine on the military origins of essentially the entire internet. Yes even that bit.

Ty Segall - Every 1's a Winner

Stephanie joins us to talk Jacinda's baby news and what this might mean for representation in politics in the years ahead, and all of politics ever.

Also the TPP or whatever it calls itself was signed to next to no fanfare or opposition. One of the lightening rods for political dissent under the previous administration just whistles home under this one - what gives?

Go read Stephanie's stuff at her site https://bootstheory.nz or twitter @BootsTheory or Patreon!

At the Drive-In - Amid Ethics

The Preatures - Is This How You Feel? 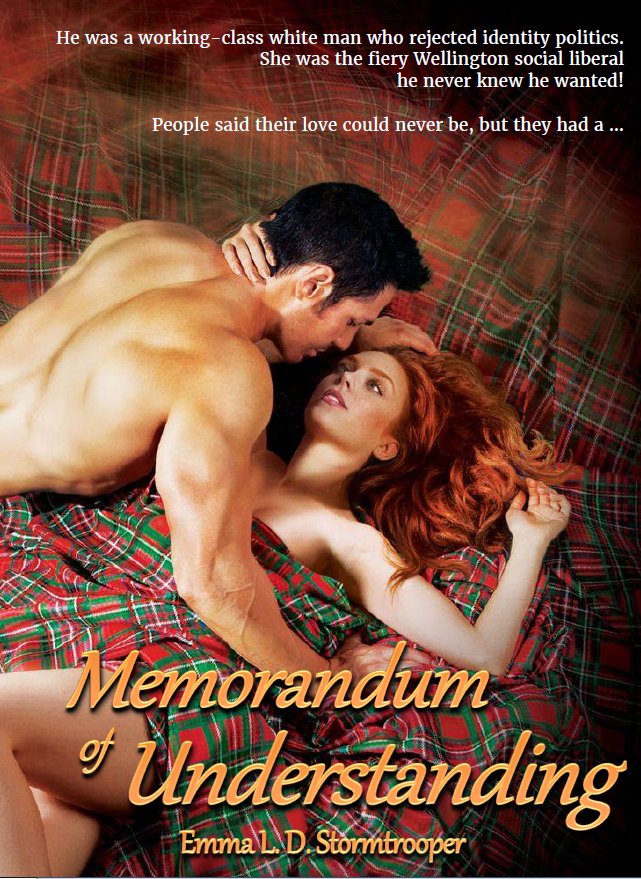 Sorry for the long wait, but here it is! Our annual end-of-year roundup with Mike from Riot Radio.

2017 was an amazing if puzzling year for music and there is PLENTY to talk about. Witness our bonus length Best of 2017 Spotify Playlist which is only the songs we absolutely couldn't do without. Honest.

As well as being awesome, music has also been very political of late. So this is an episode about that, too.